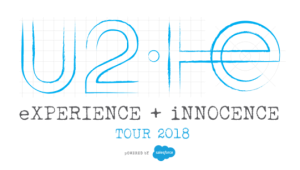 All tickets for U2’s eXPERIENCE + iNNOCENCE Tour Belfast date, as well as for their four Dublin shows, sold out this morning, with delighted fans taking to social media to express their excitement at seeing the band bring the tour home later this year. And due to overwhelming demand, Live Nation and MCD have now confirmed a second and final show for Belfast on 28th October 2018, with tickets on sale from 9th February.

@YolandaZaw – Here I am, getting papped outside the @3arenadublin with my @U2 tickets!!  #U2 #u2songsofexperience

@ada102  Just got two standing for Monday #praisebono #U2

Tamara de Paula from Brazil was among fans who bought tickets in person at Dublin’s 3Arena this morning – “I should be lying on a beach right now, I have missed my holiday to get a ticket.  I am really excited.”

Second in line was Gregory Fitzsimons, who secured tickets for his 79th U2 show – “I am also going to the first show in Tulsa. I’ve seen them play in LA, Boston, Connecticut. I even flew home early from honeymoon so I could fly out to Madison Square Garden. My wife still hasn’t forgiven me!”

Another fan Patricia van der Velde added “I live in Ireland because of U2, I moved here because of them because I am such a fan. My husband is even from Cedarwood Road!’

And Montse Fraga, who attended her first U2 gig in 1993 said “There is still the same buzz, perhaps even more now, I am so excited”.

Tickets for the additional Belfast show on 28th October 2018 will go on sale beginning Friday 9th February at 9am.  All General Admission floor tickets will be paperless and available online or at the relevant venue box office only. Reserved seating tickets will also be available to purchase from 9am on Friday 9th February both online and via Ticketmaster outlets across the country. See a full list of outlets here