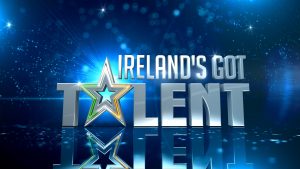 TV3’s ‘Ireland’s Got Talent’ kicks off this Saturday night

From young to old, puppeteers to aerial artists, talent from all walks of life take to the stage in hope of winning €50,000 plus an hour long special on TV3.

Tune into TV3 on Saturday February 3rd at 7.30pm for Ireland’s Got Talent

TV3’s Ireland’s Got Talent, the Irish version of the internationally acclaimed Got Talent series kicks off this Saturday night, 3rd February at 7.30pm.

Thousands applied in the biggest ever Irish talent search. From young to old, puppeteers to aerial artists, talent from all walks of life will take to the stage in a bid to impress the judges, Denise Van Outen, Jason Byrne, Michelle Visage and Louis Walsh.

Denise Van Outen is an actor, singer, dancer and presenter and has been in showbiz for nearly 30 years. Her first major TV gig saw her co-presenting The Big Breakfast. She has been a star of the West End and her TV credits include The Bill and Eastenders. With a CV like this Denise is well placed to critique the talent.

Jason Byrne is one of Ireland’s best loved comedians and regularly tours sold out gigs all over the world. As a stand-up comic his show in the Edinburgh Festival Fringe has sold more tickets than any other comedian over a 22 year run. As a judge, Jason is like a straight talking Irish Dad who says it as it is.

Michelle Visage started out as a singer in 1990 with R&B group Seduction and then moved into TV. In 2011, she became a judge on the hugely popular RuPaul’s Drag Race. With all this experience under her belt, she won’t entertain time wasters, she will be a tough judge with a soft spot for the underdog.

Louis Walsh is probably one of the country’s best known faces of Irish music.  He is the maestro behind two of the most successful pop bands this country has ever produced, Boyzone and Westlife. His eleven year stint on The X Factor has seen Louis rub shoulders with some of the most famous stars on the planet.  With a pedigree like this, Louis will bring his unique eye for talent to Ireland’s Got Talent.

Zacc Milne (19) from Finglas opens the show. Dancing from a very young age his dream would be to choreograph for the likes of Beyoncé and Nicki Minaj. Zacc performs his own unique moves which Michelle reliably informs everyone is called ‘Vogueing’.

Shaniah Rollo is just 13 years old and this is the first time she has performed in a competition. Hailing from the Philippines she tells the judges she would use the prize money to bring her brothers and sisters over to Ireland as she really misses them. Singing Cindi Lauper’s True Colours, does this young singer have the talent to go through?

79 year old Pat Glynn from Cavan has promised to share the money with a crew member if he wins! The singer and trumpet player sings Blueberry Hill and shows the audience some serious dance moves. Jason is impressed with his ‘shaky knees’ but will his singing be enough to see him through?

Cavan is well represented in Saturday night’s show as Three and a Half Men take to the stage. Declan plays the keyboard while David, Joe and Noel perform a funny and entertaining act with….towels. Seeing is believing with this act.

81 year old great grandmother, Evelyn Williams from Tallaght takes to the stage to sing Send in the Clowns. Evelyn has been singing all her life and believes her husband who passed away seven years ago would be very proud of her to see her perform on Ireland’s Got Talent.

Aerial artist Keeva Treanor (32) from Dublin has travelled all over Europe performing as an Aerialist. Having originally trained as a ballet dancer she took up this impressive art at the age of 26, making it her profession. She has never performed in front of her whole family so it’s not just the judges she needs to impress.

Father of three Sean Hegarty (33) from Lurgan is a budding comedian. While working in a nursing home, Sean found he had some free hours in the middle of the night and he started writing jokes and it snowballed from there. Will he be competition for our Jason Byrne?

It’s time to book your spot on the sofa and prepare to witness talent at its very best.

Tune into TV3 on Saturday February 3rd at 7.30pm for Ireland’s Got Talent.